A small boy comes walking through the dusty, unpaved, and irregular Isfaran streets. His pace is slow and a little unsteady, he’s relying on a wooden walking frame built by his father, and he’s accompanied by the watchful eye of his mother.

Even so, he’s walking.

Mirodil first learned to walk on his own after coming to our disability project for close to a year. He was born with both a physical developmental delay as well as learning difficulties. Growing up in a town with only a minimum amount of support for disabled peoples, he has already faced great challenges in the first eight years of his life. His mother, Nargis, will testify to the opportunities Operation Mercy has given him to develop into the person he is and will become. As well as learning to walk, he is now beginning to make more sounds and form words on the road to learning to speak. He smiles and laughs whenever he has the chance to come to the disability project and meet with all the other children and mothers facing similar challenges. Mirodil loves singing with the other kids; recently he has begun to repeat phrases of the songs he learned in the group when he goes home. He likes to color in pictures though he still faces challenges focusing on that task. Coming to the group regularly has enabled him to learn to interact and play with other children while growing in his physical and mental skills. Our biggest joy is that since he has begun walking independently, he has been able go outside in his neighborhood. The other kids in his street now know him, and he can be seen playing outside with them.

Another joy has been to witness his mother’s capacity grow. Nargis began bringing Mirodil to the group from the very beginning of our work in Isfara, in 2015. Since then, she has brought him faithfully, knowing the value of regular interaction and input for Mirodil and seeing him progress through the group’s activities. After over a year of voluntarily helping in the group and encouraging other mothers, in September 2016, we decided to employ her together with two other women as our first local staff.

Since then, she has been committed to her own professional development: asking questions and learning about working with people who have disabilities. She now engages with the other children in the group and can run the singing, lessons, and group activities on her own, without expatriate staff present. Her confidence has grown immensely, and with this growth she has begun to offer her own ideas or goals for projects and teach other mothers what she knows. This gifting of hers to teach and train is contributing to making Operation Mercy’s work in Isfara truly sustainable. It is encouraging to see such a transformation in a mother of a child with disability: previously isolated at home, she is now bringing her son out into the community, interacting with other mothers, and using her own experience with disabilities to work with and encourage others. 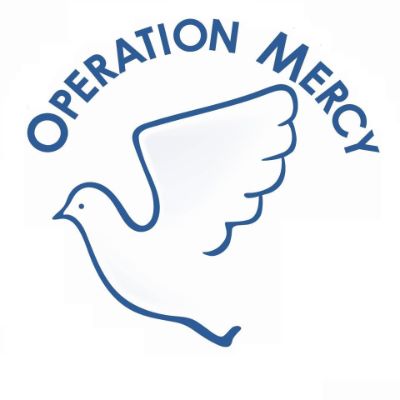